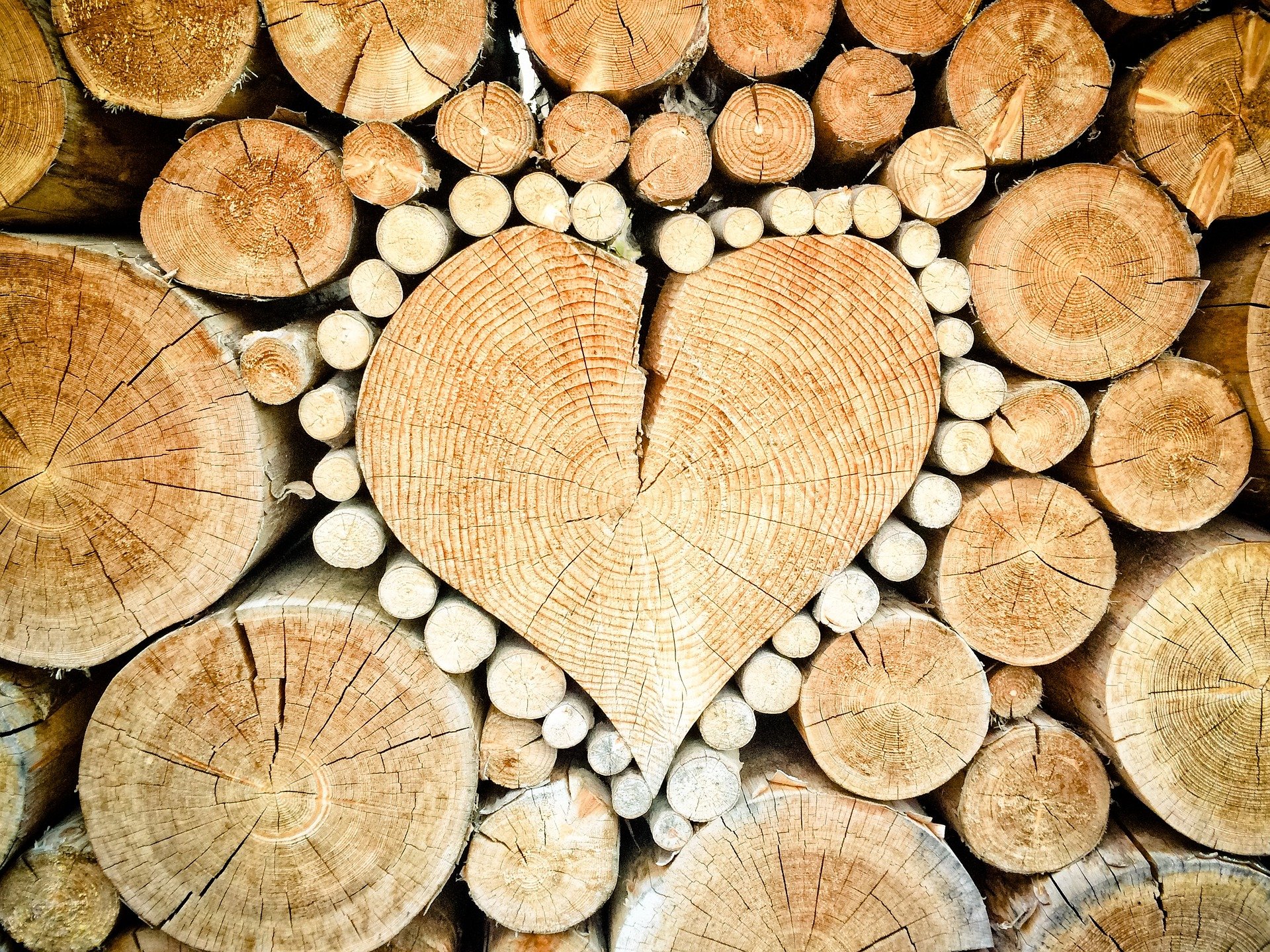 It is a well-known fact that wood is derived from trees. What is not often visible is the wood’s composition and the individual components that comprise any given piece of lumber. Unlike a piece of foamboard, MDF, or another man-made material, wood is an organic material with a variety of distinct characteristics that are worth learning.

The term “hardwood” or “softwood” provides an immediate and broad distinction between different types of trees (and wood). This is somewhat misleading, since the term refers to the division of angiosperms (flowering plants such as maple, oak, or rosewood) and conifers (cone-bearing trees such as pine, spruce, or fir). Hardwoods (angiosperms) have broad-leaved foliage and are usually deciduous—that is, their leaves fall off in the autumn. (However, many tropical hardwood species are evergreen—they retain their leaves throughout the year.) Additionally, hardwood trees have a branched or divided trunk structure called a dendritic shape.

Softwoods (conifers) typically have needle- or scale-like foliage, but in some rare instances, such as Kauri, they may have very thick, flat leaves (Agathis australis). While the majority of softwood trees are evergreen, some conifers, such as larch or cypress, shed their leaves in the autumn (hence the common name “bald-cypress”). Softwoods typically have a single dominant straight trunk with smaller side branches, referred to as an excurrent form—this cone-shaped growth habit aids trees in temperate climates in shedding snow.

Again, some conifers, such as Cedar of Lebanon, are exceptions to this growth pattern (Cedrus libani). The labeling uncertainty occurs because angiosperm wood is not always hard (a prominent example is balsa, which is legally known as a hardwood), while conifer wood is not always soft (an example of a relatively hard softwood would be Yew). However, as a general rule, hardwoods are tougher than softwoods, and the term is still useful for distinguishing two broad classes of trees and their wood characteristics.

To begin, imagine that we have a tiny little sapling that is just embarking on its journey to become a majestic tree. Apart from the fundamentals of roots, main stem (trunk), leaves, and branches, there are rising points at the tips of stems and roots called apical meristems. Vertical growth in trees is facilitated by these rising points through cell division. Additionally, a thin layer or sheath called the vascular cambium or lateral meristem—commonly referred to as the cambium—is sandwiched between the bark and the inner wood. This microscopic, seemingly magical layer is responsible for nearly all of a tree’s horizontal development. The cambium is made up of reproductive cells that shape new bark outward and also new wood inward by cell division. The cambium’s seasonal growth activity is what causes the growth rings visible in wood: in temperate areas, the cambium is most active in the spring (this wood is sometimes referred to as springwood or earlywood), slowing in the summer (this wood is sometimes referred to as summerwood or latewood), and completely ceasing to grow in the winter. These year-to-year variations in growth cycles result in annual rings, which are a fairly reliable measure of a tree’s age.